Hurricane Larry is heading for Newfoundland, and its track looks a lot like hurricane Igor’s track back in 2010:

Both storms are category 1, and both have September landfalls, with the potential to uproot a lot of trees and take out power lines. There are some big differences too though:

Igor was much windier and far wetter, bringing 172 km/h wind gusts to Cape Pine and more than 250mm of rain to Bonavista, while St. John’s had 135 km/h wind gusts and 132mm of rain. Those torrential rains washed out many trails, small roads, and even a section of highway on the Burin Peninsula.

Now that Larry has come and gone and the stats are in, I just wanted to add this little map from the CBC, which shows the maximum wind gusts measured along the path of the storm: 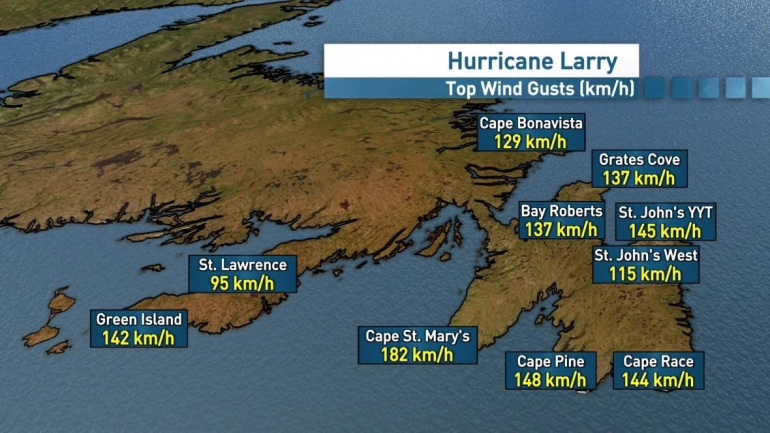 Quite a storm, with winds higher than initially predicted. Rain was not a big deal thankfully, so most damage was related to the high winds, a big storm surge, and powerful waves along the coast.