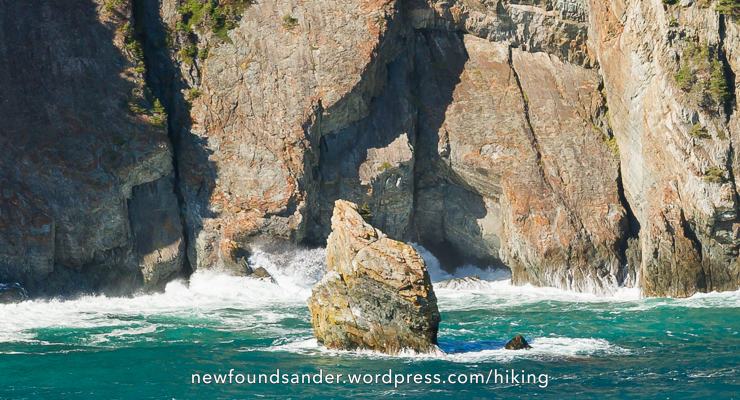 Cape Broyle Head Path is one of the toughest trails on the East Coast Trail.

Hiked in its entirety, this daunting coastal path is about 18.3 km long. Hikers should expect steep hills, wet forests, and several beautiful side trails that venture down to the beach or up to a viewpoint.

Walking it from A to B (Cape Broyle to Calvert) is just one way to tackle this trail, and it’s a way that kind of requires 2 vehicles. Because I usually hiked this trail alone I always started from either A or B and then hiked only half of it, returning to my vehicle in the afternoon.

On October 9 2013, I opted for a more convenient loop hike instead (about 11 km), starting and finishing at the ball field parking area in Calvert: 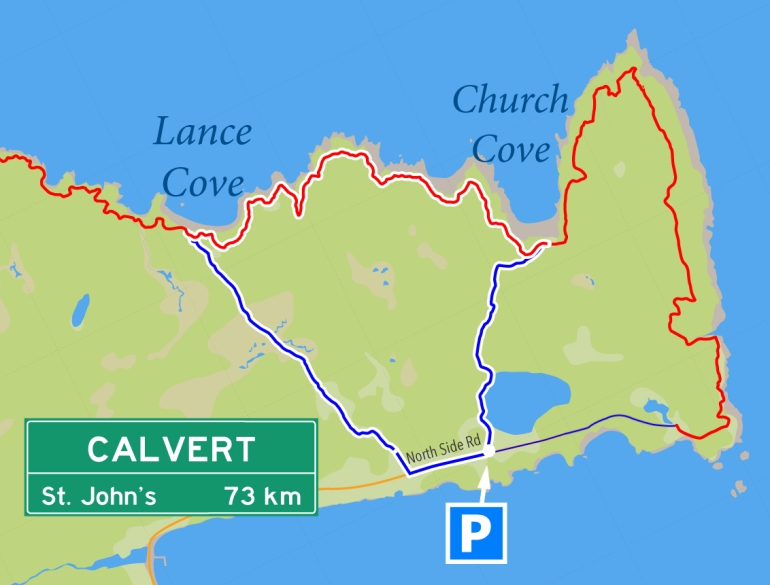 I walked the loop counterclockwise, starting out north over the Church Cove access trail (blue), then following the coastal path west to Lance Cove (red), before finally returning to the start over the Lance Cove access trail (blue). Hikers unfamiliar with the inland routes will want to bring a GPS because there are several confusing side trails on that section of this loop.

Here are some photos of my day outside: 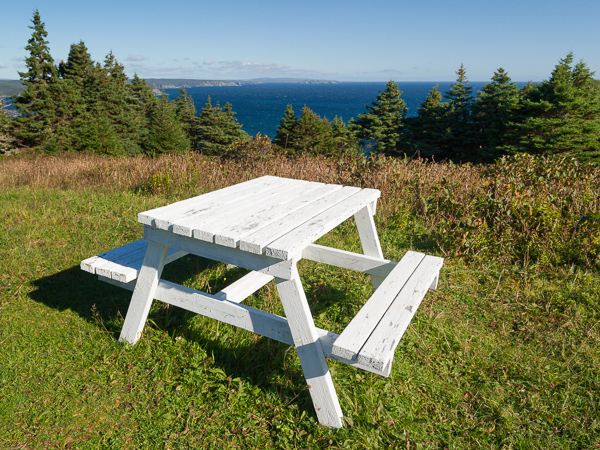 After walking all the way up the muddy Church Cove access trail to the meadow above Church Cove itself, this picnic table is one of the first things to greet you. I’ve often enjoyed a lunch with a view here.

Church Cove itself isn’t accessible from the trail, but you can get a peek from a viewpoint just east of the cove: 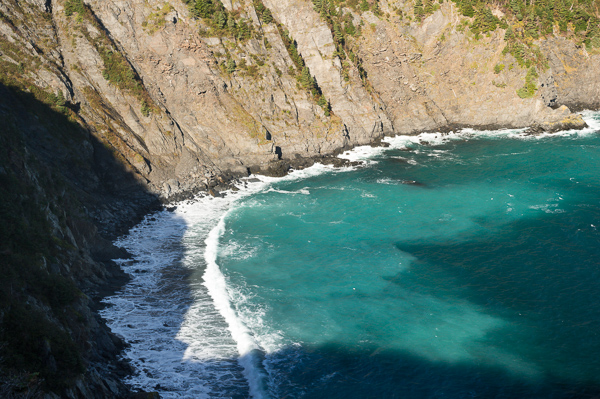 As you can see in this picture, Church Cove is still a bit dark in the morning. If you want to see it in sunlight I suggest you walk the loop the other way around, or walk it in summer when the sun is much higher in the sky.

Now setting out west over the actual East Coast Trail, the scenery is a mix of dark forests and largely unmarked clifftop viewpoints: 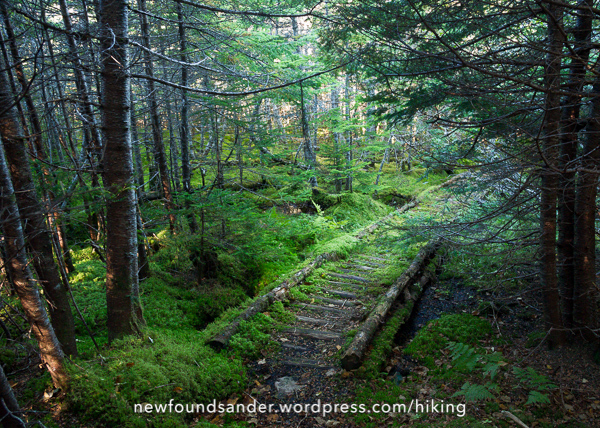 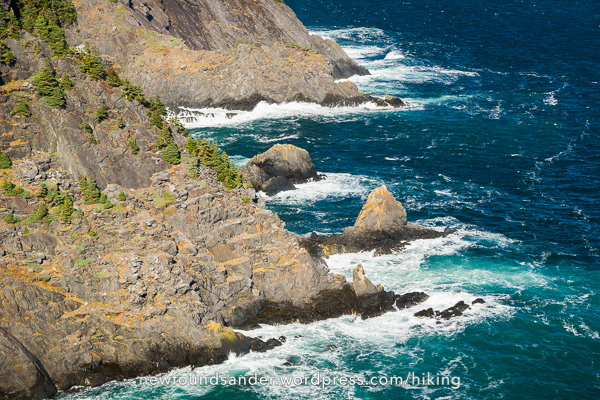 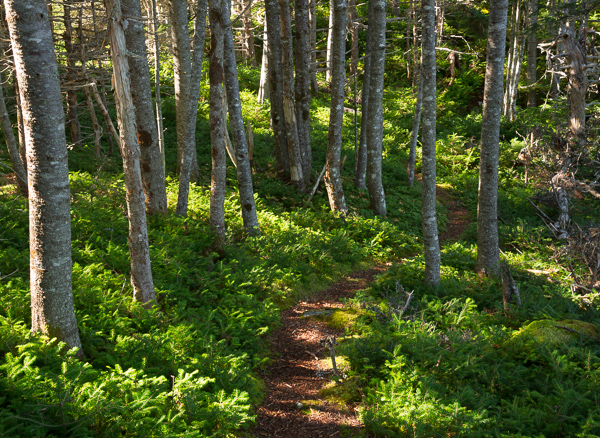 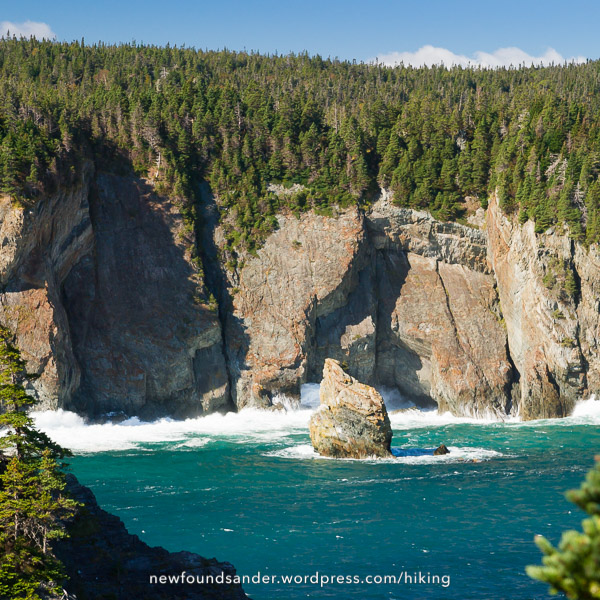 Before arriving at the Lance Cove side trail, there are several good viewpoints that show you what’s to come. Lance Cove is a massive place with a long sandy beach and a small sea stack called Long Will. 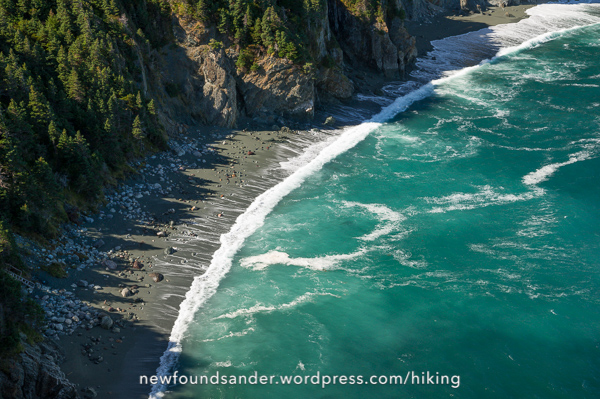 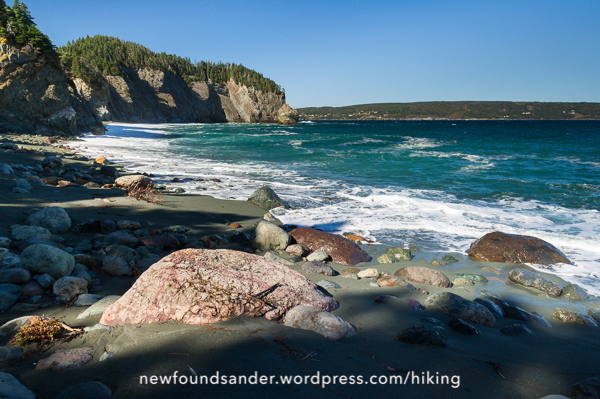 This beach is beautiful throughout the year, but especially so in the summer when the water isn’t quite as chilly and rough as it is right now.

Back on the trail above the beach I ran into a ruffed grouse, a bird very common in this area: 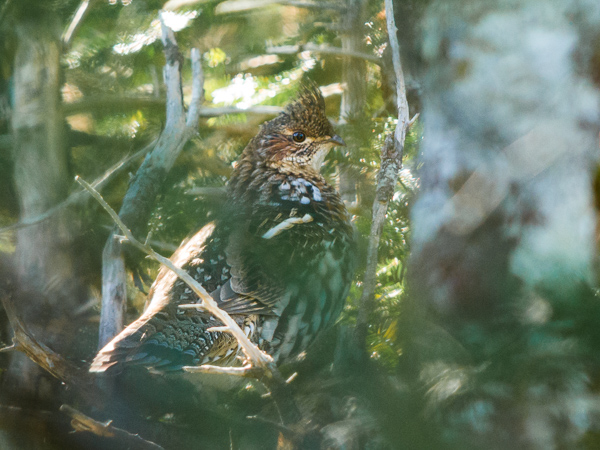 As you can see on the map, this is the point where I made a left turn onto the blue access trail again. Lance Cove access trail, or Yellow Marsh Path as some call it, is a path straight through the marshes: 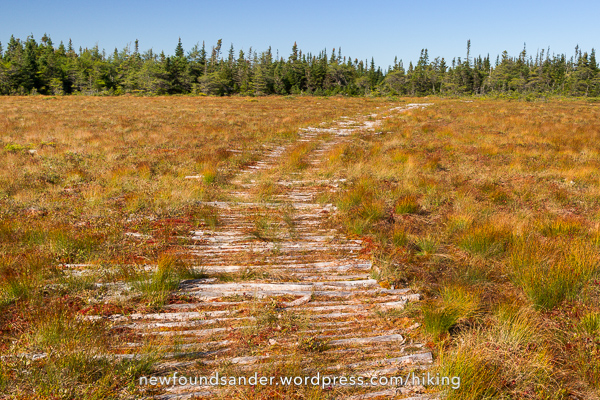 Once you’ve crossed Yellow Marsh the trail climbs over a small hill and offers you a view towards Ferryland: 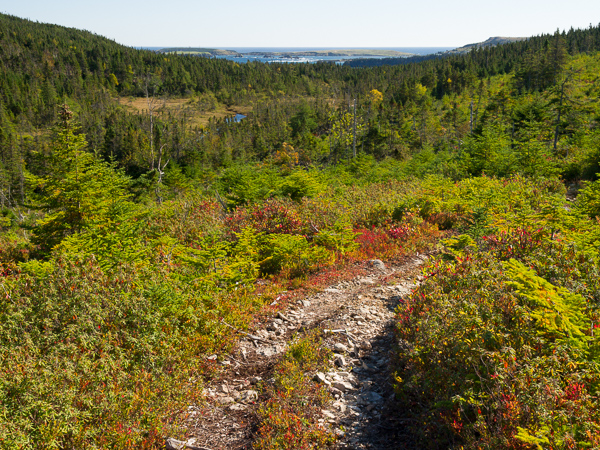 Nearing the end of the hike – Calvert

For a detailed map and trail description, get ECTA’s official maps or have a look at my very own East Coast Trail Guide, which includes many more photos of the trail and its highlights.